Marker to be dedicated 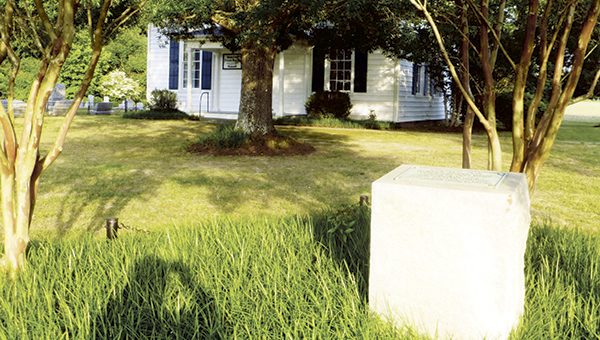 The event will take place at 10:30 a.m. Saturday, said Faye Sobel, who helped the church research its history for the marker.

The church is located at 5239 Quaker Drive, but the ceremony will take place at the marker’s location at the intersection of Holland and Lummis roads. The church will host a public reception after the event.

In 1866, the building was burned, because the Quakers believed in racial equality, had freed their slaves and were educating black children, according to Sobel. The school was also burned.

The current building was constructed on the same site in 1869.

“I felt like they had not been recognized for the contributions they’ve made to the community,” Sobel said of her reason for taking on the project.

Speakers at the ceremony will include Pastor Richard Wilcox; Sobel and Emily Richardson of the National Society of Colonial Dames XVII Century; Mayor Linda T. Johnson; Councilman Tim Johnson; and H.E. “Chip” Mann of the Board of Historic Resources.

“George Fox, founder of the Religious Society of Friends (Quakers), visited this area in 1672 during a missionary journey to Virginia and North Carolina. His visit encouraged Friends who had settled nearby and led to the organization of Somerton Friends Meeting. Members conducted worship in private homes and later built a meetinghouse three miles southwest of here. The Somerton meetinghouse, along with a nearby school for African Americans, was burned in 1866. The congregation constructed its current building on the same site in 1869. Somerton is the oldest active Quaker meeting in Virginia.”

A Suffolk man was arrested on Tuesday on a charge of shooting into an occupied home in Franklin, according to... read more