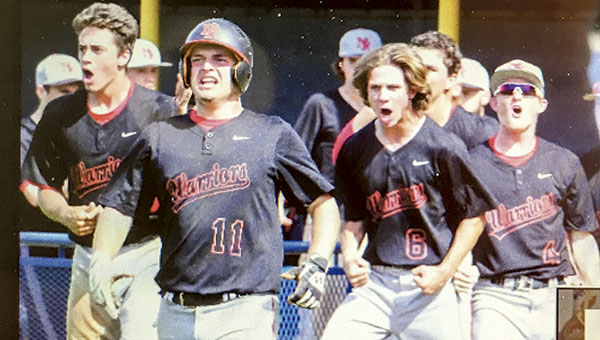 Gage Williams threw five innings while Matt Holt closed. The game was tied 3-3 when Chris Henderson had a big hit in the sixth inning that gave Nansemond River the lead.

Coach Mark Stuffel was proud of his team for winning the championship.

“To win our last game is a pretty neat feeling,” he said.

At the beginning of the season, Stuffel knew his team could reach this point.

After the victory Stuffel said, “I love you guys. I’m going to miss you.”

Following the game, the team’s seniors donned their mortarboards, turned their tassels and tossed the caps in the air.

Students from Lakeland, King’s Fork and Nansemond River high schools — 967 of them in total — walked across the... read more