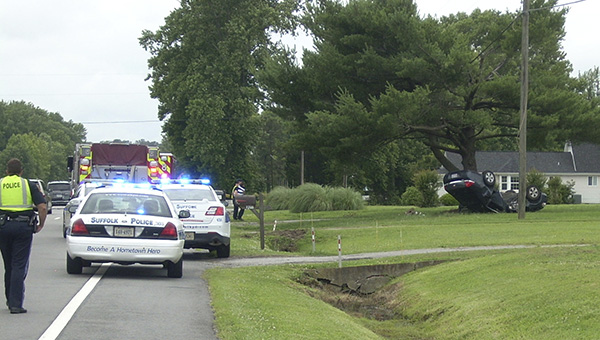 Suffolk police responded Friday morning to a single vehicle accident in the 7700 block of S. Quay Road in the rural Holland area.

Emergency Communications received the call at 11:46 a.m. advising of the accident involving a Chevrolet Impala that was traveling westbound when it left the roadway, overturned and struck a tree, according to a city news release.

All lanes of travel reopened at 1:43 p.m. The cause of the accident remains under investigation, according to the release.

Heather Sperling snapped this photo from the back porch of her home on Monitor Court off of Pughsville Road on... read more