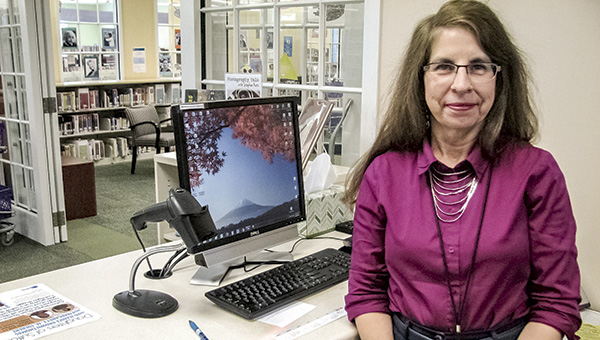 Elizabeth Trop, who has worked for Suffolk Public Libraries for five years, said she has returned to her job from the leadership training ready to take charge of even more outreach projects.

“It gave me ideas about how to look at your strengths and play to those,” said Trop, who worked as a library assistant at Tidewater Community College prior to obtaining her library science degree and getting the job with Suffolk libraries.

Trop said 33 library staff from throughout the state applied for the training. Applicants had to write essays explaining their desire to participate and also had to propose projects to implement in their library systems.

Two dozen were chosen for the program, with Trop among them.

“We wanted to do something with outreach,” Trop said of the project she proposed. She works in outreach and program services for the library system, mainly working directly with retirement communities.

Trop’s proposal, which she’s now busily working to put into effect, was to place five “Little Free Libraries” in the community. Little Free Libraries are a concept gaining traction across the country at non-library locations, where patrons can leave a book, take a book or swap a book, with no due dates or obligations.

“We’ll be looking to the community for partnerships helping build them and providing supplies,” Trop said, adding that the new Little Free Libraries will steer clear of locations where the Suffolk Art League already has them.