Woman charged with hit and run

A Newport News woman is charged with three counts of hit and run following an incident that occurred on June 9. 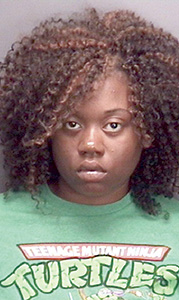 Officers responded to the 1200 block of White Marsh Road on June 9 and found two vehicles with moderate damage, Klink stated. One of the occupants of the vehicles also requested medical evaluation.

“Upon preliminary investigation, it was found that several females were meeting to discuss an issue at an agreed upon meeting place when Ms. Baker struck the two vehicles and the open door of a third vehicle when attempting to drive around them,” Klink wrote in an email. “She then fled the scene.”

Klink said she did not know whether Baker and the victims were known to each other.

North Suffolk drivers will have one more traffic light on their commute soon. The new traffic signal at the intersection... read more