An early-morning call about suspicious activity in the Eagle Harbor neighborhood escalated into a multi-vehicle crash on the James River Bridge Wednesday, according to the Isle of Wight County Sheriff’s Office. 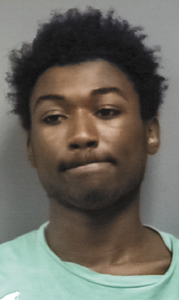 Isle of Wight central communications received a call about 4:09 a.m. about the suspicious activity, according to a press release from Lt. Tommy Potter. A patrol deputy was nearby and came across several individuals, who jumped in a vehicle and fled the scene.

A pursuit ensued, and it ended in a multi-vehicle crash on the James River Bridge, Potter stated in the release. Several individuals tried to flee the crash scene on foot but were taken into custody by Newport News police, Virginia State Police and the Isle of Wight sheriff’s deputies.

One person was transported to the hospital with minor injuries, Potter added.

Four juveniles and one adult, all of Portsmouth, are in custody. The adult was 18-year-old Christian Chisley, with a last known address of the 2000 block of Effingham Street. He is charged with possession of stolen property, conspiracy to commit larceny, receiving stolen property and four counts of contributing to the delinquency of a minor.

The juveniles were each charged with felony possession of stolen property, misdemeanor theft and misdemeanor elude. The driver of the car was a juvenile, and he was charged with the additional felony of failing to stop at the scene of an accident where an injury occurred.

Chisley was transported to Western Tidewater Regional Jail on a $3,000 bond.

On ongoing canvass of the Eagle Harbor neighborhood revealed numerous vehicles had been broken into, Potter stated.

“Larcenies from vehicles have been an ongoing problem in Isle of Wight County and other localities throughout Hampton Roads,” Potter said. “Investigators will be working to see if these individuals are connected to other events of this nature in surrounding jurisdictions.”

Potter said more details on the investigation will be released as they become available.

By Henry Luzzatto Correspondent One-third of American adults are at risk of developing Type 2 diabetes, according to the Centers... read more