Hope Kennedy Strothers, of Suffolk, has accepted membership in the National Society of Collegiate Scholars. 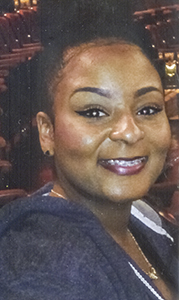 “NSCS is more than just a symbol of academic achievement,” Stephen E. Loflin, founder and chief executive officer, stated in a press release. “Membership gives students access to a number of amazing benefits, including career and networking resources, scholarships, travel and service projects both on campus and in the community.”

The society is a member of the Association of College Honor Societies and is the nation’s only interdisciplinary honors organization for first- and second-year college students. Membership is by invitation only, based on grade point average and class standing.

The society has more than one million lifetime members and 300 chapters in all 50 states, the District of Columbia and Puerto Rico.