Clarence Albert Cherry, 78, of Freeney Avenue, transitioned Monday, July 4, 2016, at his residence. He was a native of Lewiston, N.C., and the son of the late Emmitt and Bertha Lee Cherry. He was preceded in death by his son, Kennard Maurice Cherry. 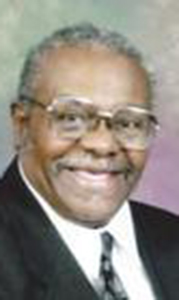 He retired as a forklift driver at Planters Peanut Company after 38 years. He was a member of New Calvary Baptist Church, where he was a deacon. He started out his Christian walk at St. John Holiness Church, where he served as Sunday school teacher and a deacon.

A celebration of life will be held at 11 a.m., Saturday, July 9, 2016, at New Calvary Baptist Church officiated by Pastor Roger Greene. Interment will be in Carver Memorial Cemetery. Professional services with dignity entrusted to Crocker Funeral Home Inc. Condolences maybe extended to the family at www.crockerfuneralhome.com.