A Suffolk mother has been charged with four crimes after police allegedly found her walking outside at night and learned her two children were home alone. 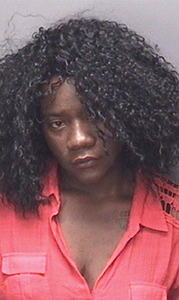 An officer found Jelisa Nicole Knight walking near the 1300 block of Clarys Drive about 12:20 a.m. Tuesday, according to city spokesman Tim Kelley.

“She was found to be intoxicated and advised the officer that her two children were home alone,” Kelley stated in an email.

When officers responded to the 2200 block of East Washington Street, they found the front door unlocked and two children, both under 1, sleeping inside.

Knight is charged with public intoxication, possession of marijuana and two counts of abuse and neglect of children with reckless disregard.

Sunfall at The Riverfront, a new condominium community in North Suffolk, plans to make its grand opening in the next... read more