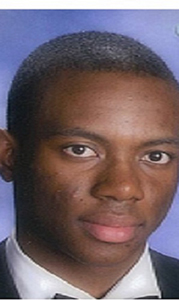 Davik Ross, 19, was reported missing Wednesday after last being seen about 9:40 p.m. Tuesday, according to a press release from city spokesman Tim Kelley. He was leaving his house in the 1000 block of Silver Charm Circle when last seen and was wearing navy blue sweatpants and sweatshirt, white T-shirt, red and black shoes and a black hat and carrying a backpack.

Ross suffers from an altered mental state and may be a danger to himself, the release states.

Ross is 5 feet, 11 inches tall and weighs 160 pounds. He may be in the Chesapeake Square area of Chesapeake or the Churchland area of Portsmouth.

Call 911 or your local police department if you spot him.

One of Gentile’s original drawings. (Courtesy of Robert Slade) No one knows Mr. Peanut’s exact birthday for sure, but the... read more