The Suffolk Office on Youth recently hosted the annual Suffolk Youth Achievement Awards, an event developed to celebrate the accomplishments of youth that have made a positive impact in the City of Suffolk.

This June 7 event at the Suffolk Planters Club honored the following youth: 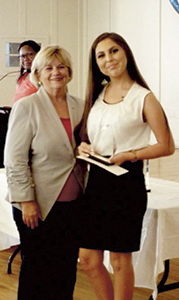 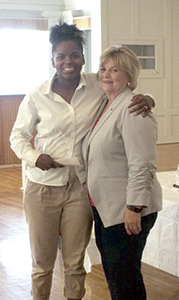 JacQuazja is an honor graduate from King’s Fork High School. As a member of the varsity basketball team, she received several awards including the 2015-16 Defensive Player of the Year. She also participated on the track and field team and advanced to the state finals in the long jump.

JacQuazja served on the Student Council and volunteers at the Boys and Girls Club. She will attend Virginia Union University in the fall. She was nominated by her mother, Shameka Council.

Tala is an honor graduate from Nansemond River High School. She was a member of the BETA and DECA clubs. She assisted in several projects in school and in the community, including Mock DUI, Toys for Tots, Crime Stoppers, Future Business Leaders of America and her church, Believer’s Church.

Tala will attend the College of William and Mary in the fall. She was nominated by S. Michele Duncan, marketing teacher and coordinator. 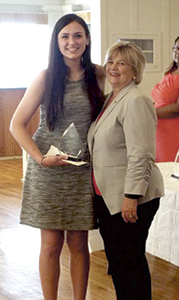 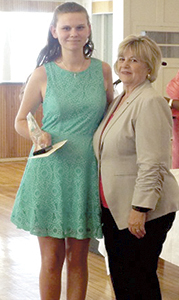 Savannah is a rising senior at Nansemond River High School. While maintaining a 4.4 grade point average, she has been a driving force behind the after-school performing arts program at her school. She was recently named the best actor in the state for the second consecutive year at the Virginia Theater Association High School Theater Festival. She is also a vocalist, as well as a pianist.

Cheyenne is a rising senior at Lakeland High School. She is an honor student and is enrolled in classes at Paul D. Camp Community College.

Cheyenne spends considerable hours at the Great Dismal Swamp National Wildlife Refuge as a volunteer. Her duties range from planting seeds and trees to answering the phones. She also volunteers with the Suffolk Education Foundation in numerous capacities.