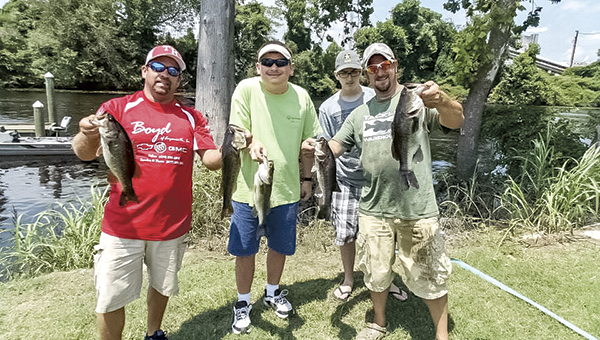 ​The third annual Area 29 Special Olympics Bass Fishing Tournament will be held from 6 a.m. to 2 p.m. today at the Franklin city boat ramp. The tournament is open to the public, and the entry fee is $40 per boat or $50 for boat sponsors.

All of the proceeds for the event go to the Area 29 Special Olympics athletes to help with hotel rooms, travel expenses and food

This year, the fundraiser will also include an after-party, with music, at Barrett’s Landing, from 1 to 5 p.m. Louis Waymore, nominated for the North Carolina Country Band of The Year will provide the entertainment. Band member Phil Wise learned how to play the guitar from his grandfather, Louis Wise, in Franklin.

Some of the Area 29 Athletes will be at Barrett’s Landing during the afternoon. In addition, for those who would like to learn how to join the organization as an athlete, parent or coach, Area 29 members will be on hand for information.