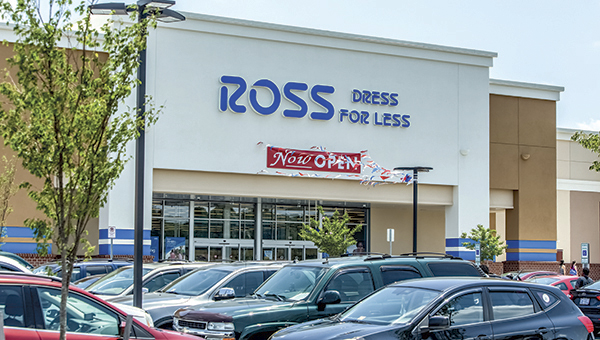 The parking lot was packed at Ross Dress for Less on University Boulevard Friday afternoon. The store will hold a grand opening today at 8:45 a.m. with Mayor Linda t. Johnson cutting the ribbon.

As officials prepared for the grand opening this morning of the new Ross Dress for Less store in the Harbour View area, shoppers were getting a head start on Friday.

The parking lot in the Hampton Roads Crossing shopping center was full early Friday afternoon, as the final tenant in the initial phase of the project opened its doors for business.

A grand opening and ribbon-cutting ceremony will be held at 8:45 a.m. today, with Mayor Linda T. Johnson on hand for the event. The store will officially open to the public following the ceremony.

The new Ross store is approximately 25,000 square feet and represents a capital investment of just under $1 million, according to a press release from the city of Suffolk. Approximately 50 full- and part-time employees are expected, the release stated.

Ross had a 2016 expansion program calling for about 70 new locations to open this year, officials stated.

“Suffolk’s growing retail tenant mix has transformed Harbour View into a shopping destination that our community is proud of,” Johnson stated in the release. “Thank you to Ross for choosing Suffolk as your new home, and we wish you much success.”

As part of today’s celebration, Ross will make a donation to the Suffolk Boys & Girls Club organization.