She was born April 25, 1932, in Nansemond County to the late Edward Curtis Rhodes and Minnie Spivey Rhodes. Having lived mostly in the Windsor, Walters and Colosse areas, the family then moved to Como, N.C., where she then graduated from Murfreesboro High School in May 1950.

She worked for the Farmers Incorporated Manufacturing Co. in Suffolk for several years, before her marriage to John A. Byrum of Suffolk. Later she worked at the original Louise Obici Memorial Hospital until she retired. She was the first secretary in the intensive care unit.

Virginia was a member of Magnolia United Methodist Church. In her early years, she taught in the children’s department. She also served as treasurer and financial secretary.

A funeral will be held Wednesday, July 20, 2016, at 2 p.m. at Parr Funeral Home and Crematory, 3515 Robs Drive, Suffolk, VA 23434, with the Rev. Mike Harrington officiating. Burial will follow at Meadowbrook Memorial Garden. Visitation will be held Tuesday from 6:30 to 8 p.m. at the funeral home.

Condolences may be registered online at www.parrfuneralhome.com. 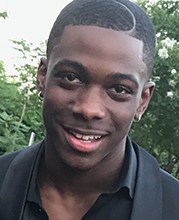