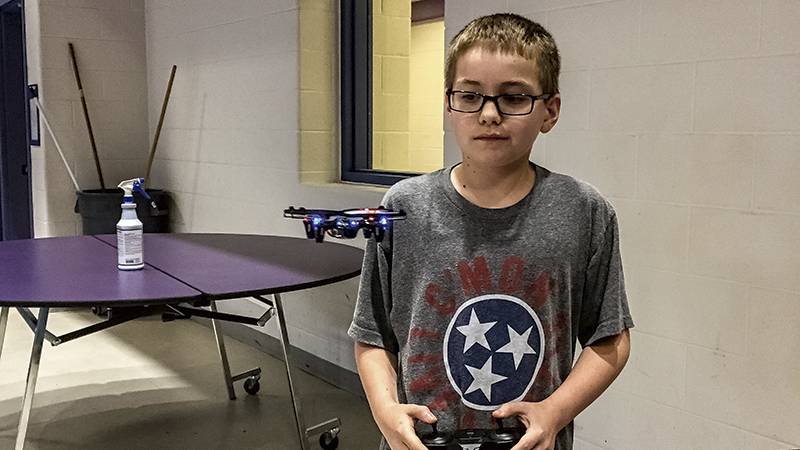 Hampton Roads’ Governor’s School for Science and Technology has implemented drone technology into this year’s curriculum for the first time.

“There is a high interest and they are front and center in pop culture,” said Tim Kubinak, director of the program.

Since July 11, students from Isle of Wight, Franklin, Suffolk and Southampton schools have been attending this summer’s Governor’s School program at Pioneer Elementary School.

Hundreds of students applied for the competitive program, but only 60 were chosen.

Throughout the course of the program, students have been coming up with new ways drones can be used in real-life situations, Kubinak said.

“We want them to think way out of the box,” said Jamie Bell, one of the program’s teachers. 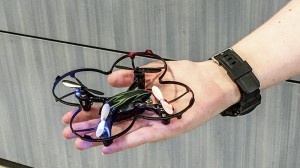 During the program, students have learned about drone technology and have developed their own drone models.

One of the students, Blake Worley, 12, was amazed by the center. One day, he hopes to be a drone pilot for the military.

“I really liked the giant model airplanes and wind tunnel,” he said.

The students, ranging from fourth to seventh graders, were gathered into groups of six. The teams discuss ideas, engage in team building exercises and collaborate on projects.

The program fosters a “hands-off approach,” according to Bell.

“The process is valued most, rather than the result,” she said.

Bell, who teaches in Isle of Wight County during the school year, appreciated the unrestricted learning environment. She said she doesn’t feel the pressure of standardized testing.

“I wholeheartedly support the environment,” she said. “It allows the gifted kids to unfold their wings.”

The program interns, who are students, as well, serve advisory roles but also have opportunities to learn.

“The responsibility of looking after groups of kids is new to me, because I’m usually the one being looked after,” said intern Zachary Harrison, 15.

After instruction, each student group has drone sessions. Due to learning curves, the machines have had their fair share of bumps and bruises. The interns are tasked with making repairs to the machines.

“I like taking things apart and seeing how they work,” he said.

With the program’s end date approaching, student groups are working on presentations and completing their drone models.

The students are able to design their models as they see fit, using virtually any medium or material they choose.

Kayla Van, 12, spoke of her group’s unique model, which would be able to perform CAT scans.

Since CAT scans are normally scary for children, we wanted to make a drone that can hover and perform the scan, Van said.

The program concluded with a showcase Thursday during which students displayed their models and performed drone demonstrations for those in attendance.

IW church in midst of renovations