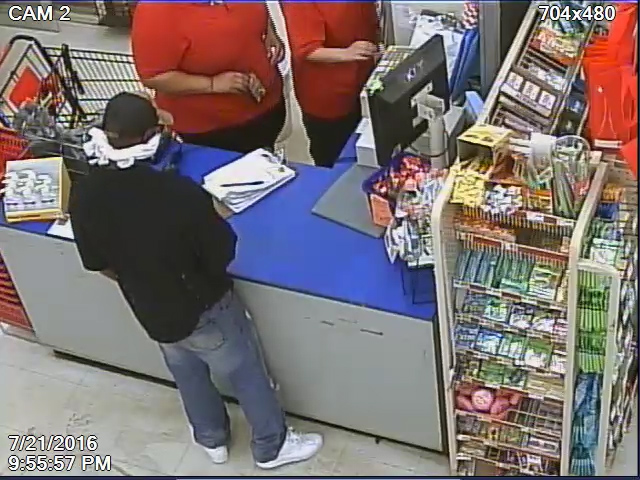 Suffolk police are asking for help in identifying this man, who robbed a Family Dollar store on Thursday evening.

Suffolk police are asking for help identifying and locating the man who robbed a Family Dollar store in the 800 block of West Constance Road on Thursday evening.

According to a Suffolk press release, emergency dispatchers received a call about the incident at 9:57 p.m., and investigators found that a man had entered the business wearing a white covering on his face.

He brandished a handgun and demanded money, fleeing the scene on foot toward West Washington Street after being given an undetermined amount of money, Suffolk spokeswoman Diana Klink stated in the release. 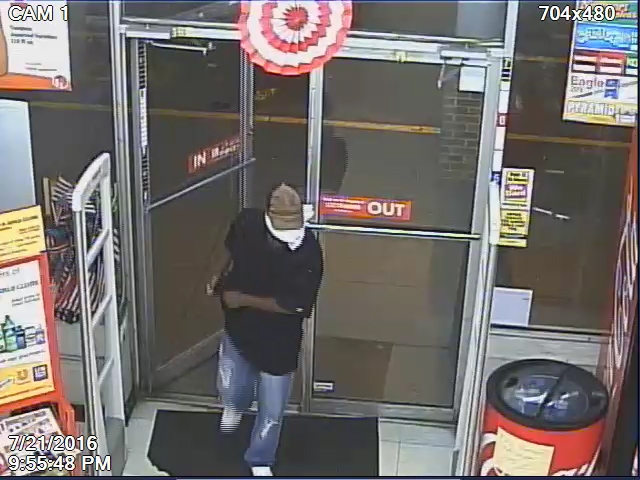 The subject is described as an older black make in his 50s, short in stature, and wearing blue jeans with holes in them, along with a black T-shirt and white tennis shoes, possibly DC Nikes.

There were no injuries in the incident.

Police released the following surveillance video from the robbery:

Anyone with information is asked to contact Crime Line at 1-888-Lock-U-Up. Callers do not have to give their names or appear in court. Tips also can be submitted by visiting www.suffolkva.us/crimelinetips, by texting the word “CRIMES” (274637) with the keyword SPDVATIP or through the TipSoft mobile app. If information leads to an arrest, the tipster could qualify for a reward of up to $1,000.

Hampton Roads’ Governor’s School for Science and Technology has implemented drone technology into this year’s curriculum for the first time.... read more