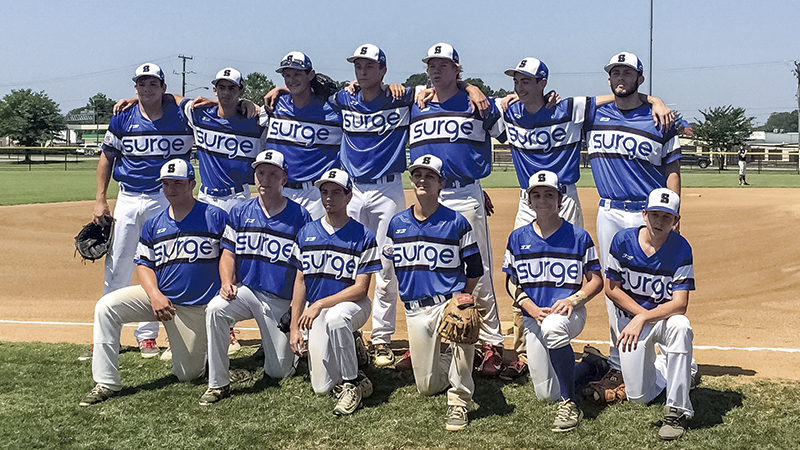 The tournament’s home team, Kempsville, beat SYAA 10-1 in the final. SYAA’s assistant coach Jeff Beale said the team was happy with its accomplishment, but was disappointed in losing the final.

“It’s always good to make it this far, but you always feel let down when you lose a final,” he said.

Head coach Orel Schleeper said the result was a disappointment, but he was still proud of the team’s accomplishments through the course of the season.

“It just wasn’t our day today,” he said. “Between the heat and all the baseball we’ve played this season, I guess it all caught up to them.”

Beale agreed that the result was unfortunate, especially since he felt SYAA could have won on a better day, he said.

Despite the loss in the final game, Schleeper said the team had an exceptional season.

“We had a great season, I think we only lost two games overall, three now after the final,” he said. “We played some really good baseball.”

Schleeper said the key to the team’s success was the players’ attitudes and work ethic. The team had been playing at SYAA since early in the spring, and many of the players also participated with their high school teams, which translates to a lot of baseball. However, Schleeper said, their attitudes prevented them from getting burned out.

“They all had the desire and heart,” he said. “They couldn’t wait to get on the field.”

The tournament itself was a tough affair, with SYAA winning many close games on the way to the final. During the tournament, SYAA’s team beat Western Branch 9-7, then Smithfield 11-3 before two close games in the quarterfinal and semifinal, beating Southern Chesapeake 4-3 and Great Neck 6-5.

Schleeper said the team had to dig deep to win the close games.

“The players never gave up,” he said. “We came from behind in almost every game this tournament.”

Schleeper said the success of the team over the long season came from the deep pitching roster and leadership by players like catcher Gage Fesstette.

“He was a workhorse. He played every game,” Schleeper said. “He was one of the key leaders on the team.”

Beale said the team was mostly young players, with most being 15 instead of 16, the oldest age for Colt players. Because of this, he said, they plan to come back next season and hopefully go even farther.

“They played real well for their age,” Beale said, “and they should win it all next year.”

For now, Schleeper said, the team has a chance to celebrate its season.

“It’s a wonderful feeling to make it to the final,” Schleeper said. “They’ll get to rest and prepare for next season.”