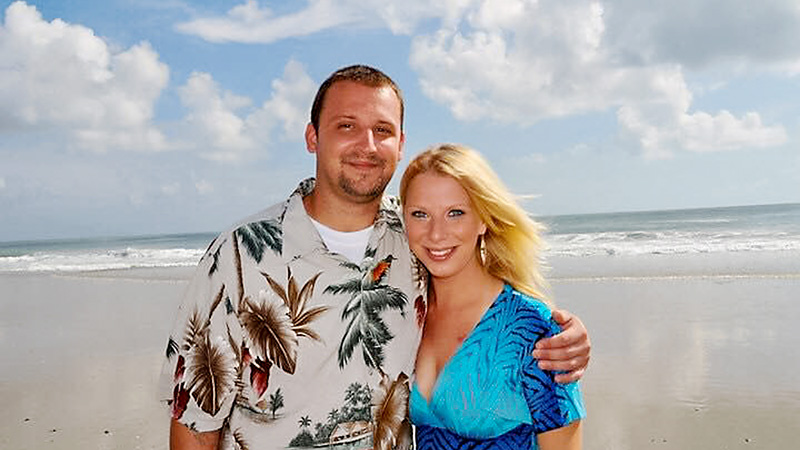 The late William West, who died from a heroin overdose in April, and his sister, April Brooks. On Oct. 15, Brooks will head the “StrongWILL” 5K event in his honor and to raise awareness for drug addiction in the area.

Drugs are “really bad around here but no one wants to talk about it,” April Brooks said.

William West, April’s brother, had been living with her and her husband, Nathan, since December of last year.

West had been battling with drug addiction for several years. But in the months leading to his death, he had been on a steady road to recovery.

However, on April 19, Brooks found her brother dead from a heroin overdose. He was 35 years old.

Brooks wanted to find a way to honor her brother’s death and to bring awareness to drug addiction. She decided to take action.

“She is not the kind of person to sweep stuff under the rug,” Nathan Brooks said.

Nathan Brooks is a volunteer in the Driver Volunteer Fire Department, and the department wanted to take action, as well.

Last year, the Wounded Warriors Project hosted a 5K event with the department but was unable to host it again this year. The department agreed to host Brooks’ 5K event in its place to raise awareness for drug addiction.

Brooks named the event “StrongWILL” in honor of her brother.

“This is something the community needs,” said John Bilbo, president of the department’s board.

After extensive research, Brooks discovered there were very few programs or initiatives in the area affiliated with drug awareness.

Brooks decided to reach out to Protecting Children Foundation and Recovery for Life. The organizations advocate for drug awareness, education, support and recovery. She decided to have all proceeds from the event go toward both organizations.

Carolyn Weems, vice president of Protecting Children Foundation, warned prescription drugs, like Vicodin, could lead to addiction as well. She lost her 21-year-old daughter to this form of drug overdose.

“We need to start having these conversations, or we are going to be burying a lot more people,” she said.

Brooks hopes to shed light on drug addiction for years to come, hoping it will no longer be stigmatized.

“People forget that addicts are human beings too,” she said. “They can be your brother, sister or mother.”

Her brother was heralded as a man of great character by his family and friends.

“He would do anything for you, he would give you the shirt off his back,” Nathan said. “But everything happens for a reason. This event may cause ripples in the community.”

The StrongWILL event will take place Oct. 15 at the Suffolk Seaboard Coastline Trail in Driver, starting with the children’s fun run and then the 5K. For more information about the event, go to www.raceentry.com/race-reviews/strongwill.