A Suffolk man was arrested Sunday after, police say, he disciplined two children with a ruler.

Edward J. Montigny Jr., 51, is charged with two counts of cruelty and injuries to children. 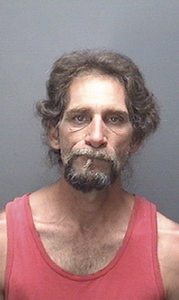 City spokeswoman Diana Klink said officers were dispatched on July 24 to a residence in the 1100 block of Nansemond Parkway for a disturbance.

“Upon preliminary investigation, it was found that two juvenile males (ages 11 and 10) that reside at the residence had been disciplined by a known adult male with a ruler,” Klink stated in an email.

No further information was available at the courthouse Tuesday, as arrest warrants involving children are not open to public inspection, a worker in Juvenile and Domestic Relations Court said.