As yet another store announced its plans to close there, investment management company JLL announced earlier this week that it would take over the management of Chesapeake Square Mall in Western Branch. 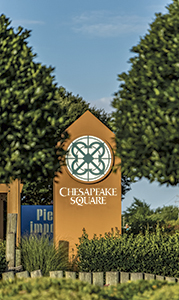 The 717,000-square-foot facility went into foreclosure in April and has been managed by CW Capital Asset Management since that time.

The mall has been losing retailers for years. Sears, formerly one of the mall’s largest anchor tenants, left in 2015. Earlier this year, Macy’s announced its closure, as well.

On Monday, Stride Rite, a children’s shoe store, announced it would be closing on Sept. 30, according to manager Raven Callis.

Corporate officials “would not tell the staff why they would be closing,” Callis said on Friday.

In the meantime, the store is offering special promotions and discounts as it prepares to shut down in the coming weeks.

The mall currently has outstanding debt of more than $60 million, according to a “Virginia Business” article. This debt is currently in the hands of CW Capital Asset Management.

JLL and CW plan to work together to eliminate the debt. However, current retailers are not expected to be affected by the mall foreclosure.

Despite the store closures, JLL remains optimistic about the mall’s future.

“We look forward to working with the special servicer to further strengthen Chesapeake Square, which includes two unmatched opportunities to become an anchor tenant,” Vita stated in a JLL press release.

“The mall has a captive customer base in the fast-growing Western Branch area and greatly benefits from the corporate presence of multiple Fortune 500 companies, major military institutions and shipyards.”