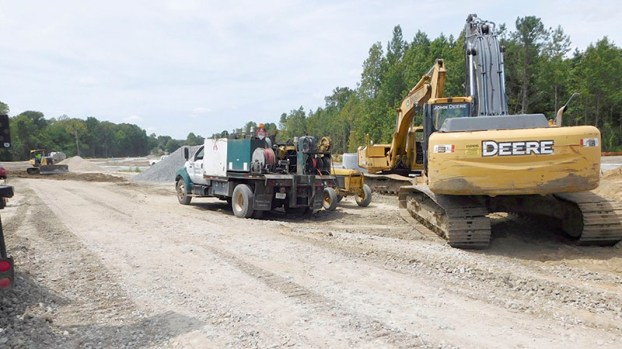 Carrollton Manor, a 45 single-family home community, is under construction on Carrollton Boulevard. The project is expected to be complete within the next two to four years.

A new housing development will be coming soon to the Carrollton area.

The neighborhood, Carrollton Manor, located off of Carrollton Boulevard, is expected to be complete within the next two to four years.

Construction for the project began earlier this year, according to Bobby Reed, construction coordinator for Ocean Bay Homes.

“This is a good location,” Reed said. “It is close to the James River and can attract people from the peninsula,” Reed said.

Rezoning for the property and its units was approved back in 2002, according to Richard Rudnicki, assistant director for the Isle of Wight planning and zoning department.

The property encompasses about 39 acres, with about 24 acres expected to be disturbed.

“It will be comparable to the surrounding neighborhoods,” Rudnicki said. “It will be a good fit.”

The site is located between the Ashby and Cannon Acres neighborhoods in Carrollton.

A picture of gratitude

It might seem odd to talk about the blessings that stem from the loss of a family member to cancer,... read more