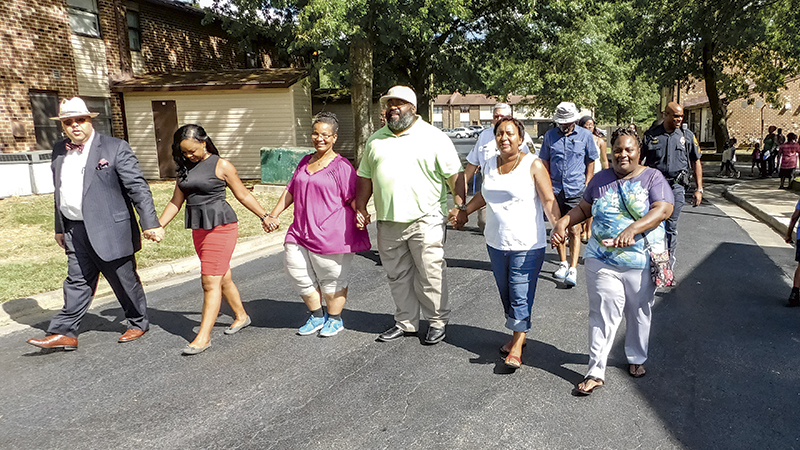 The Suffolk Redevelopment and Housing Authority hosted the panel in conjunction with its Community Safety and Awareness Prevention Week.

“We wanted to have a two-way conversation between the community and police,” said Tracey Snipes, SRHA interim executive director.

During the panel, Mignon Burton, SRHA community health specialist, posed her own questions and fielded some from the audience as well.

Many of the panelists credited Suffolk’s population growth over the years as the reason for weakened community relations.

Decades earlier, the panelists said police officers and the community invested more time with one another. Police officers attended local ball games, cookouts and other community events on a regular basis.

But due to limited staff paired with the city’s vast coverage area, it has greatly depleted community leisure and engagement.

In response to acts of police brutality occurring nationwide, “we can’t let one bad person paint everybody as bad,” said Maj. E.C. Harris.

“We’ve really got to get in your shoes and you all really have to get in our shoes,” he added.

A few of the panelists recommended various courses of action to strengthen community relations.

“We need to get the D.A.R.E. program back to this community,” said Sgt. Andre Sparks.

Citizens Academy, one of the programs offered by the office, teaches residents about its day-to-day operations and policies. The program, now in its fifth year, will begin on Sept. 22. She also mentioned a variety of other community outreach programs available on the office’s website.

After the panel, the panelists and attendees joined hands for a community walk. The group walked from the community’s family investment center to the front of the neighborhood, where  everyone socialized and enjoyed music, grilled food and ice cream. There were also school supplies available and voter registration tables.

Lydia Duke thought she was about to make a sale on Wednesday when the phone rang and a familiar customer’s... read more