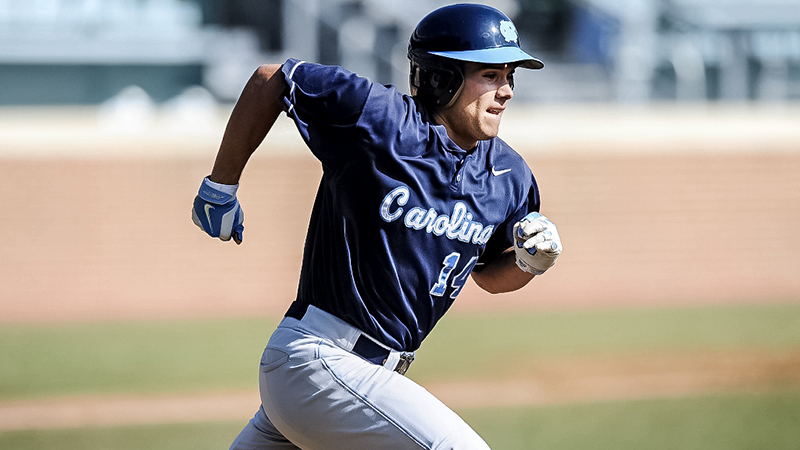 Suffolk native Tyler Ramirez recently was selected by the Oakland Athletics in the seventh round of the Major League Baseball draft. He was an outfielder at the University of North Carolina.

LOWELL, Mass. — Based on metrics, he looked to be an obvious first-round pick.

For some reason, however — possibly his size — Suffolk native Tyler Ramirez was not selected until the seventh round of this past MLB draft. Even so, he was ecstatic when he heard the Oakland Athletics organization wanted to sign him.

At the University of North Carolina, Ramirez caught pro teams’ attention his junior year and according to MLB.com, he was expected to be picked in one of the first five rounds during this year’s draft.

In 54 games as a junior this past spring, he hit .333 with eight home runs, 10 stolen bases and a 1.022 OPS. He also played a clean center field after spending his freshman and sophomore years in right field.

The 5-foot-9 outfielder, who weighs 185 pounds, doesn’t have the prototypical size scouts look for in the outfield. But a quick glance at his numbers shows there is no part of his game that lags behind.

Being able to do a bit of everything should increase his value as a player, which is exactly what Ramirez wants.

“I just want to be able to help my team any way that I can,” he said, “whether it be at the plate, in the field or on the bases. That just makes me the best player all-around.”

A member of the Vermont Lake Monsters this summer (Athletics Short-Season A affiliate), Ramirez has split time between all three spots in the outfield. He said he feels comfortable with all three of them and is willing to play whichever spot when his coaches need him.

Ramirez made his pro debut with the Arizona League Athletics, the Athletics’ rookie-ball affiliate, but after eight games, he was promoted to Vermont. And through 25 games with the Lake Monsters, he had hit .268 with a home run and a .783 OPS. As the season has progressed, however, so has his bat. He had hit .333 in his last 10 games (11-for-33).

“I’ve just kind of simplified some things and am doing more of what I was doing in school ball,” he explained. “I’m not trying to do too much.”

His recent uptick at the plate could be a result of his feeling more comfortable with the playing environment. After all, he seems to be enjoying pro ball life as much off the field as he does on the field.

“The best part of it is just hanging out with the guys in the clubhouse,” he said, “meeting new people and going to places I’ve never gone before. It’s a great time.”

Nansemond River High School’s golf team has been making steady progress this year with a team loaded with upperclassmen. The... read more