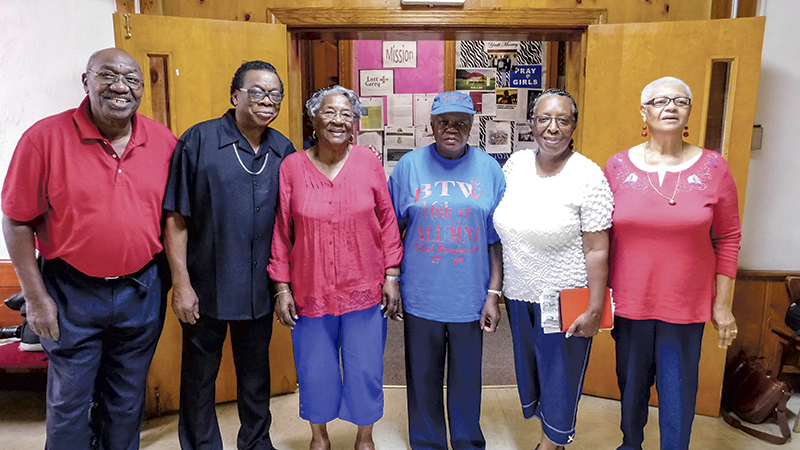 More than 30 people gathered at Metropolitan Baptist Church to celebrate a state-issued historical marker on Saturday.

The marker commemorates Booker T. Washington School, which catered to black students in grades one through eight when it opened in 1913.

“This will impact the community to keep abreast about the importance of education, no matter what race they are,” said Gail Hinton-Copeland, president of the school’s alumni association.

Originally, the ceremony was set to take place by the marker located at 201 Lee St. But due to inclement weather, the celebration was moved to the church. 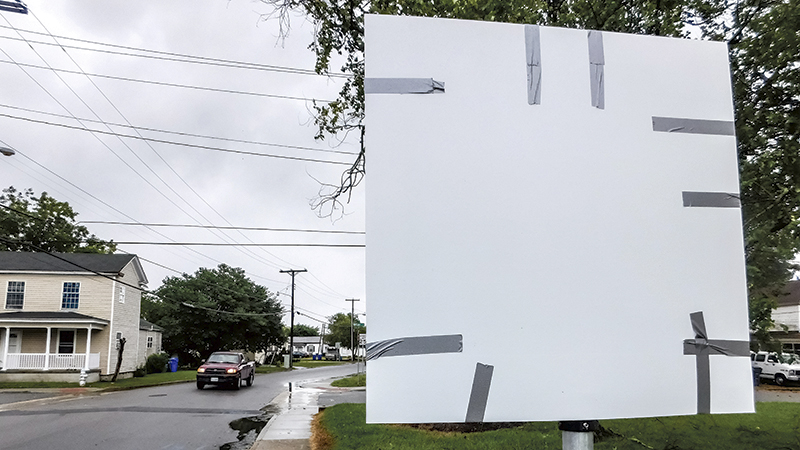 The Booker T. Washington School historical marker stands waiting for its storm-delayed unveiling, at 201 Lee St. The school served black students in grades one through eight when it opened in 1913.

Unfortunately, James Hare of the state’s department of historic resources was not in attendance. He was responsible for leading the unveiling of the marker, according to Bradley.

A reception was held in the church’s fellowship hall once the ceremony concluded.

In the 1920s, the school added a ninth-grade class due to overcrowding, according to the marker.

About a decade later, the city’s black residents “campaigned for the addition of a senior high curriculum, and the first high school class graduated in 1937,” the marker read.

Once more due to overcrowding, a new school building was built on Walnut Street. There, the school’s last high school class graduated in 1969.

In the years to follow, the building served as an intermediate school and currently serves as an elementary school.

The Virginia Board of Historic Resources approved the marker’s installation earlier this year. The school’s alumni association covered the sign’s manufacturing costs.

“When we are long gone, the younger generations will remember us,” Bradley said.