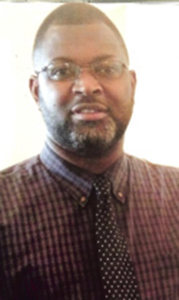 Jonathan D. Saunders Sr. of Hampton received his crown of life on Wednesday, Aug. 31, 2016, in Fredericksburg.

He was employed with Central Transport as a truck driver. He was a member of Living Word Ministries in Newport News and Mt. Calvary The Holy Church of God in Smithfield.

A celebration of life will be held at noon on Wednesday at New Mt. Joy Food For Living Ministries, officiated by Pastor Charles Spivey. Apostle Gary Rodgers will deliver the eulogy. Interment will be in Nansemond-Suffolk Cemetery. The family will receive friends from 5 to 7 p.m. at Crocker Funeral Home on Tuesday and other times at 611 Redheart Drive in Hampton.

Professional services with dignity have been entrusted to Crocker Funeral Home Inc. Condolences may be extended to the family at www.crockerfunerlahome.com.