David Hainley will take the position effective Oct. 31. He comes from Glynn County, Ga., where he has served for 10 years as the community development director.

Hainley was responsible for implementing growth management and land development plans in the role. He also oversaw the county’s planning, zoning, permitting and inspections processes, according to a city press release.

Hainley won’t be completely new to Virginia, as he has previously been planning administrator and then assistant director of planning in Chesterfield County, according to the release. 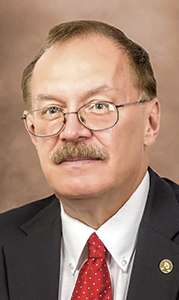 Prior to that position, Hainley has held various positions from designer to vice president with multidiscipline engineering firms in Georgia and Pennsylvania, performing planning and design work on subdivisions, parks, commercial, industrial and multifamily developments, military installations and community infrastructure projects.

He obtained a bachelor’s degree in landscape architecture from Pennsylvania State University.

“David Hainley has a long and successful career in various components of planning and community development in both the public and private sectors, and has the knowledge and experience to provide leadership as we implement our short and long-term goals related to growth management and development,” City Manager Patrick Roberts stated in a press release.

The position has been vacant since March, when Scott Mills was promoted to deputy city manager. Robert Goumas has been the acting director in the interim.