Suffolk police made an arrest in a rape investigation Tuesday.

John Blount Jr., 51, of Suffolk, is charged with statutory rape, according to a city press release. The charge relates to an alleged incident on the evening of Sept. 5, which involved a 14-year-old female known to the victim, according to the release. 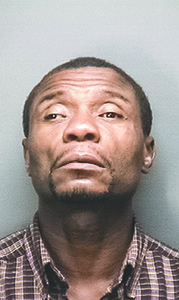 Blount is being held without bond at Western Tidewater Regional Jail, according to the press release. The investigation is ongoing.