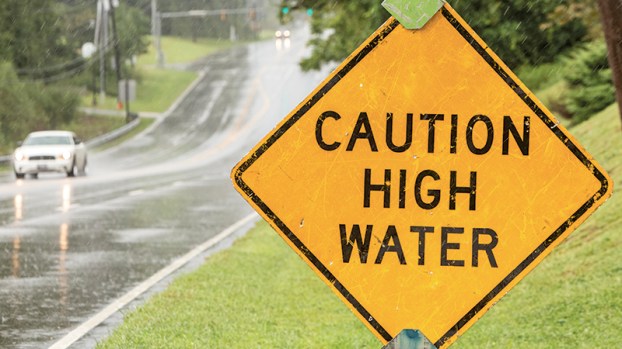 Suffolk has received more than eight inches of rain the past three days, and more is on the way before it clears up in time for the weekend.

National Weather Service meteorologist Alec Butner said Wednesday afternoon that some locations in Suffolk had received as much as 8.45 inches. Other parts were as low as 5.45 inches, but rain was still falling.

“We have more coming through right now,” he said.

The heavy rains this week have been caused by a combination of a cold front that stalled out over the area, combined with the moisture from the remnants of Tropical Storm Julia, Butner said.

The rain will continue Thursday and Friday but may not be as heavy as earlier this week, he said.

“It’s really tough to say,” he said. “Hopefully by the weekend, it will clear out and be sunny.”

Suffolk Public Schools will be closed Thursday. It was the only school system in South Hampton Roads to remain open on Wednesday. Administrators began assessing conditions at 5:30 a.m., and at that time there was no major impact on roads, division spokeswoman Bethanne Bradshaw said in an email.

“By the time some roads became impassable, most middle and high school students had been safely dropped off at school,” she wrote.

The school division remained on its regular dismissal schedule, but absences and early dismissals related to weather will be administratively excused, Bradshaw said. Afternoon and evening activities were also canceled.

City spokeswoman Diana Klink said Wednesday that the 200 block of Sweat Road was closed Wednesday due to a pipe failure caused by the high water. Crews were assessing the roadway to determine when it would reopen.

A state delegate was arrested in Suffolk Tuesday on charges of assault and battery of a family member and cruelty... read more