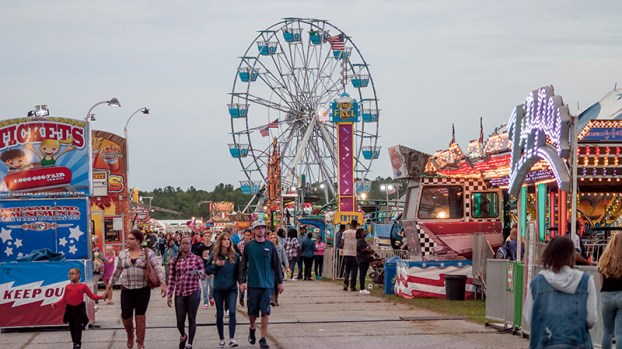 Thousands of people came to the Suffolk Executive Airport on Friday evening for what turned out to be the last day of the Suffolk Peanut Festival. Saturday and Sunday were canceled because of the impending bad weather. At top, attendees enjoy the midway.

Perhaps anticipating what would eventually become reality, thousands of people enjoyed perfect fall weather at Peanut Fest on Friday, which turned out to be the last day of the festival.

The festival announced its cancellation for Saturday and Sunday shortly after 8 p.m. on Friday, as a light drizzle began to fall after a rainless evening.

Rain and high winds from Hurricane Matthew forecast for the weekend necessitated the closure, according to Theresa Earles, publicity coordinator for the festival.

Those who were able to attend Thursday and Friday fit in some popular events and all the fun and food of the fair.

The festival started out on Thursday with Carload Night, which offered the best admission deal — $40 for admission and ride wristbands for everyone seated legally in the car. The admission structure — per person rather than per car — changed this year, and the Carload Night was one way organizers tried to make the festival more affordable for large families. 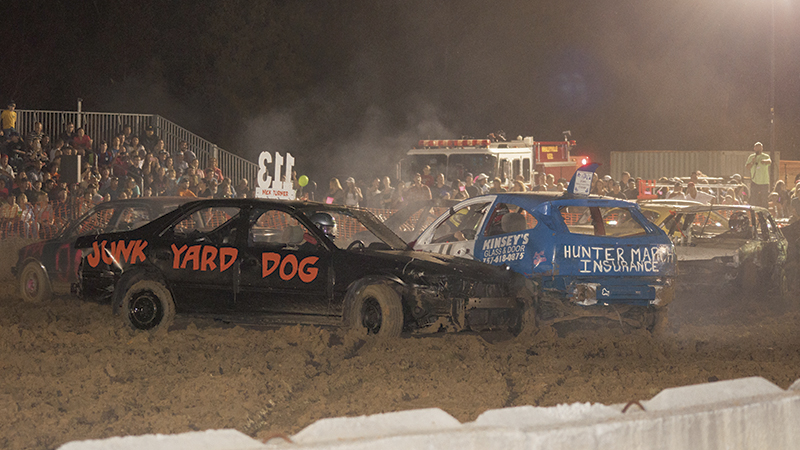 The “Junk Yard Dog” mixes it up in the demolition derby ring during a preliminary heat.

Thursday also held the draw of the Suffolk Ruritan Club’s Shrimp Feast, which has all-you-can-eat shrimp and plenty of libations.

But the weather was dismal on Thursday, with the rain ranging from a drizzle to a downpour throughout the evening.

Friday offered perfect fall weather and the demolition derby, and thousands attended for what many likely suspected would be the last day of the festival. The fireworks were moved from Saturday to Friday. Both runways used for parking at the Suffolk Executive Airport were packed, as were the stands at the demolition derby and the walkways along the midway.

“Choosing to close Saturday and Sunday was an incredibly difficult decision to make,” Earles stated in an email. “We have been monitoring the forecast and staying in close communication with public safety and city officials, as well as our equipment rental company. Unfortunately, the tents and amusement rides can only withstand so much wind before becoming a safety hazard. Ultimately, the safety of the attendees, vendors, performers and volunteers had to take priority.” 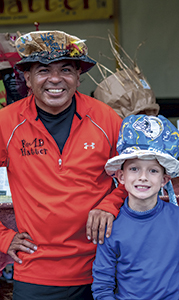 Winds gusts Saturday night into Sunday could peak in the mid-40s in miles per hour, according to the National Weather Service. Up to 5 inches of rain could fall on an already-muddy festival site throughout the weekend.

Earles said staff and volunteers are very disappointed in the cancellation after spending a year planning the festival. Closures of the festival for weather are unusual — the last time it shut down for an entire day was 2005, Earles said.

In making the decision, Suffolk Festivals worked closely with the fire and police departments, city management and Special Events Entertainment, among other entities, Earles said.

Some of the larger activities, such as the Mud Jam and the Swamp Roar Motorcycle Rally, will be held at a later date to be announced in the coming weeks, according to a press release from the Suffolk Peanut Festival.

Dorothy Winfield Howell Hines, 100, died Sunday and was buried Friday at Cedar Hill Cemetery. At her death, she was... read more