Suffolk native to be honored 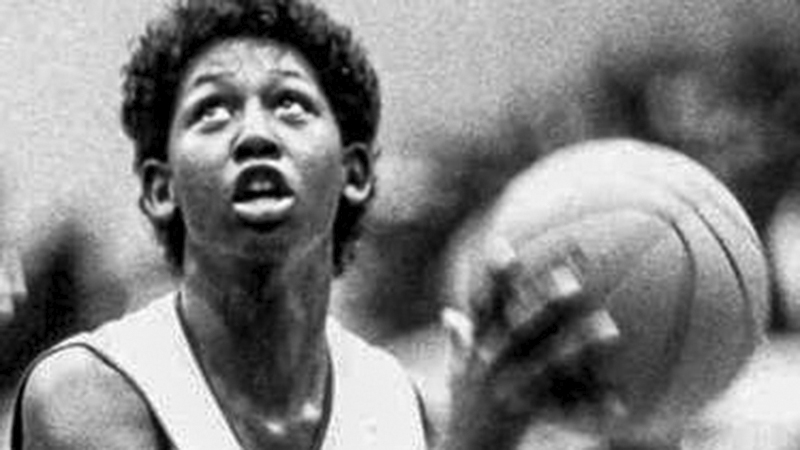 A Suffolk woman and inductee of both Virginia Sports and Norfolk State University sports Hall of Fames will now be inducted in the Hampton Roads African American Sports Hall of Fame in November.

After a historic playing career that lasted through the early ’90s, Tracy Saunders, a John F. Kennedy High School graduate, continues to be honored for her success in her playing days. Saunders will be inducted to the Hampton Roads African American Sports Hall of Fame on Nov. 5.

Saunders’ basketball success in Suffolk allowed her to attend Norfolk State University in 1987, which at the time was a NCAA Division II school in the CIAA Conference. She went on to become a three-time All-CIAA honoree in 1989, ’90 and ’91.

As a junior, Saunders was named to the American Women’s Sports Federation All-American third team. In ’91, she led NSU to a CIAA title while also winning the CIAA Player of the Year and the 1991 Kodak/NCAA Division II National Player of the Year.

1991 was a historic year for many reasons for the NSU women’s basketball team. After winning the CIAA title, they went to the NCAA tournament to advance to the Final Four before losing their first game that season. Saunders had led her team to what was at the time the NCAA Division-II record of 33 straight wins during that season, which is one of her most enjoyable accomplishments.

“All my accomplishments mean something to me,” Saunders said. “But my last year meant a lot to me. We just had an awesome team. I want to give the girls I played with on that team the credit too, because I wouldn’t have done it without them. We all stuck together and played together as a team to accomplish all the things that we did.”

After her college career was over, Saunders never played professionally, though she believes she could have had a formal opportunity presented itself. She graduated from NSU with a Bachelor of Arts in education of business with an emphasis in marketing.

Saunders was a power forward in her days of playing. She had a strong presence down low and was quick with her hands and on her feet, which allowed her to score most of her points. Before any of her skill set was recognized, Saunders prided herself on being a team player.

Other records Saunders holds includes ranking third all-time in NSU scoring with 2,804 points; second in rebounds with 978 and in field goals made with 836; third in steals; and fourth in games played and in free throws made. During her four seasons at NSU, the team had a record of 95-25.

The Hall of Fame honoree still loves the game of basketball. Occasionally she attends NSU games, where her picture can be found on the wall. But some of her time, she likes helping out with her nephew, Harry Giles III, who is a highly touted freshman power forward at Duke University.

“Both of us are left handed, so I did give him that,” Saunders joked. “I just hope he does what the rest of us couldn’t and we help him reach a level beyond what any of us could accomplish. I have no doubt he can excel.”

The induction ceremony will be held at the Renaissance Portsmouth-Norfolk Waterfront Hotel at 7 p.m. Nov 5. Tickets can be purchased by contacting Heather Johnson at 495-0143 or 268-4202 or via email at hajohnso@cox.net.