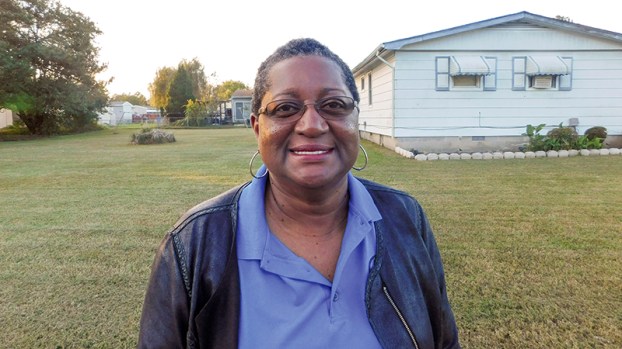 On Sept. 21, Carolyn Cordell’s car stalled in deep water along the 1100 block of Blythewood Lane. However, the police responded and were able to rescue her.

Woman grateful after police rescue her from flood

In the aftermath of heavy rains in late September, Suffolk resident Carolyn Cordell faced the brunt of it.

On the morning of Sept. 21, Carolyn Cordell was leaving her home in Lake Kennedy Estates for work. As she was coming down the 1100 block of Blythewood Lane, she noticed some flooding on the street.

As she tried to pass through, the water was deeper than she expected, which caused the car to stall. The car shut off, leaving Cordell stranded in the water.

She started off with AAA and requested a tow truck. She said a representative told her they were unable to come to her until the water receded as a precautionary measure.

Next, she called the police. However, Cordell told the operator her situation “wasn’t an emergency at that point.”

Cordell came to regret saying this, as the police did not show up because they were bogged down with other calls pertaining to the heavy rain.

Several minutes passed by, and so did several pick-up trucks and buses. But, none of them stopped to assist Cordell.

“It was a traumatic situation,” Cordell said. “Nobody stopped to help me.”

As time passed, the water began to rise in Cordell’s Nissan Altima.

She placed a call to her friend to pick her up, but immediately realized since the car had shut down, she couldn’t operate the windows to climb out.

In response, Cordell made another call to the police. However, this time she was not as calm as she was initially.

Cordell said the dispatcher, Brandee Curl, made her feel at ease and remained on the line until help arrived. About 10 minutes later, Sgt. Herman Kee arrived on scene.

Kee coordinated with another officer wearing a wet suit to get Cordell out. They decided to knock out one of the car windows and have her come out on the other side.

After she got out, a handful of residents helped push her car to the side of the road out of the way of oncoming traffic.

Officer Shane Sukowaski and other officers assisted Cordell and drove her back home. Dispatcher Andrea Beale also asister in the aftermath.

“I just wanted people to know there are good people in this world,” Cordell said. “I just wanted to publicly acknowledge those people.”

The car was totaled, but Cordell said her guaranteed asset protection insurance allowed her to purchase a new car.

“God blessed me through it without a headache from the insurance company or anyone else,” she said.

The Suffolk Police Department is requesting the public’s assistance into an accident that happened three weeks ago and left a... read more