Roger Fawcett is completing his freshman term on Suffolk City Council and hoping to return for another term representing the Sleepy Hole Borough. 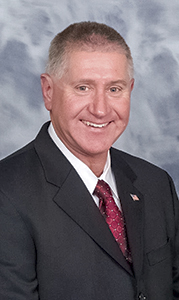 “I feel that I have done an excellent job, and I think my record stands,” Fawcett said. “I think I have quite a bit more to offer to Suffolk.”

Fawcett served in the U.S. Navy active duty for two years and later as a civilian for more than 30 years. He now works for the Virginia State Police in the compliance division for sex offenders. He is also affiliated with Elizabeth River Lawn and Landscape on Nansemond Parkway.

Fawcett said he wants to focus on things such as education, public safety and finances during his second term.

“I will focus on education funding,” he said. “I would do everything I can to support the schools to continue to help them make progress.”

Fawcett, who was a firefighter at Naval Station Norfolk, also said he will focus on public safety.

“I’m going to work continuously to improve public safety,” he said. “Doing everything we can to keep our citizens safe — that’s the No. 1 thing.”

Fawcett said he would like to see another fire station built in North Suffolk as well as a training facility for fire and police. He touted the new fire equipment purchased recently as well as the remodeling of the downtown fire station, currently under way.

Financial improvement and economic development are another area where Fawcett hopes to focus.

“I’m going to do everything in my power to keep the taxpayers’ tax rate as low as I possibly can,” he said.

He hopes to do so by attracting new businesses to bear part of the tax burden and to bring jobs to the city.

“That will keep our tax rate hopefully stable,” he said.

He touted the city’s bond ratings — two agencies have rated Suffolk AAA, and the third agency shows Suffolk only one notch away — and its balanced budget.

“The bond ratings are a big deal, and they help us immensely,” he said. “We have a balanced budget every year, and we get things done.”