A Suffolk woman has published an updated edition of a book she first published in 2011 that helps children cope with their parents’ divorce. 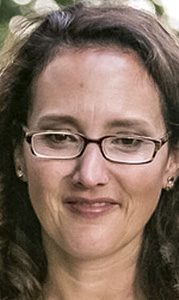 Kimberly King wrote the book based on her personal experience as the child of divorced parents and her own divorce as well as on her expertise as a child development professional and early childhood educator.

“This book is really going to help the people that are just going through a separation or a divorce,” she said. “It opens up the lines of communication and encourages journal writing and honest discussion.”

King said her parents got divorced when she was 13. She has four siblings.

“They must have done a whole lot of pre-planning on their divorce, because they never fought in front of us,” she said. “They put us first ahead of anybody else’s hurt feelings or issues. It really affected everyone in a positive way, because mom and dad were happy separately, but they were still working together as parents.”

From the experience of her own divorce, King recommends parents receive pre-divorce counseling.

“What would have helped us is if we had known about how dramatic this would be,” she said. “It just took a little longer. This really can work if you work at it. It just doesn’t happen overnight, though.”

King said the book includes kid-friendly definitions of separation, divorce and other words they might hear for the first time. It encourages them to talk about their feelings, she added.

“It talks about the things that might happen, the feelings you might feel and what emotions are normal,” she said. “It’s OK to be upset and confused.”

The book is made to be interactive and is perfect for 5- to 9-year-olds, she said.

“You could even read it to a preschool child if you were to break it into small pieces,” she said. “It’s a very light read.”

The updated version includes more information on the importance of avoiding parent alienation — where one parent turns the child against the other, whether intentionally or not.

“Many parents, when they get divorced, they don’t intent to cause harm or alienate the child against the parent,” she said. “Even small things, like an eye roll or saying, ‘I can’t take you out to dinner, because I have to pay Mommy child support,’ can end up causing a parent to be alienated.”

King said the book gives a child power to speak up when those things happen.

“It gives the child a reference point to speak up without getting into trouble or having anybody feel like they’re being defiant,” she said.

The book on divorce is King’s second. “I Said No!” a kid-friendly book about sexual abuse prevention, was her first.

“We really do need to prepare kids for these scenarios,” she said. “It can be somebody you know. It’s people you wouldn’t expect.”

Both books can be purchased at kimberlykingbooks.com or on Amazon.