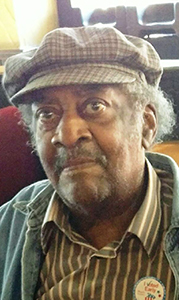 Richard L. Mosley (better known as G.G.), son of the late Mary Eliza Mosley and Charlie Mosley, was born on June 11, 1940, in Halifax County, N.C., and was formerly of South Division Street, Suffolk. He answered God’s call to eternal rest and peace on Monday, March 13, 2017, at UNC Rex Healthcare in Raleigh, N.C. He was preceded in death by his wife, Doris W. Mosley.

During his early life, Richard was introduced to Jesus Christ, but through the effectual fervent prayers of his beloved wife came to know Jesus and professed his faith and belief in Christ. He prided himself on the successful career he was able to build as a long distance truck driver.

He was also proceeded in death by his daughter, Crystal Watford-Luke, and four siblings, Lottie Kee, James Thomas, William Thomas and Jerry Wayne.

A celebration of his life service will be held on Monday, March 20, 2017, at the First Baptist Church, 112 Mahan St., Suffolk, at noon. The Rev. Dr. Steven Blunt, pastor.

Burial will be in Carver Memorial Cemetery. Harris Funeral Home has been entrusted with the home going service. You may send condolences to the family at www.vharrisfuneralhome.com.