This is the year of the Suffolk women for the 64th District in the General Assembly as Emily Brewer won the Republican candidacy and Rebecca Colaw got the Democratic ticket on Tuesday night.

Brewer handily beat her opponent, Rex Alphin, with 61 percent of votes to his 39.

Brewer, a Nansemond River High School alumna and small business owner, was elated on Wednesday but knew there was a lot of work ahead of her.

“I knew I had put in the hard work,” she said. “I had knocked on a lot of doors. I called a lot of voters, and I made connections with a lot of people, so I was optimistic.” 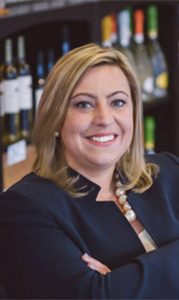 Brewer said she will focus on tax reform and adoption and foster care reform among other issues in the general election.

“I’m proud to be the nominee,” she said. “I’m so thankful to the voters that put their trust in me. Should I be lucky enough, I’m going to be elated and excited to represent them in the 64th.”

Alphin, who is currently the chairman of the Isle of Wight Board of Supervisors, was philosophical about his loss.

“Such is life and such is politics,” he said. “We worked hard at it. We accept the people’s decision. I’d like to thank everybody that worked for me on my campaign. Everyone was terrific, but it didn’t turn out the way we hoped.”

Colaw did not return calls to her Suffolk law office or another number on Wednesday.

“I put a lot of time and effort to do good,” he said, noting the large size of the district. “It is so spread out. It’s tough to get support of local political parties.”

As for what’s next, Cantrell said he was uncertain. 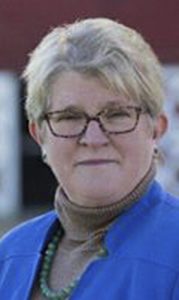 “I don’t know whether I’ll be putting my wife and me through this again. It’s hard,” he added. “I’m not ruling out running again — maybe for state senator. I’ll have to pray about it.”

Wandling posted his statement on Facebook and directed reporters to it.

“Well, the Democrats in District 64 have spoken and I am not their candidate,” he wrote. “I will continue to support and pursue a progressive agenda, particularly to resist the nonsense going on in D.C. I want to thank all the people who supported me, particularly my “kitchen” cabinet. We have fought hard and grown close since beginning this adventure in January, and we will forever be friends.”

The 64th district includes parts of Suffolk and Franklin and parts of the counties of Isle of Wight, Prince George, Southampton, Surry and Sussex.

Stephen Cowles of the Tidewater News contributed to this story.