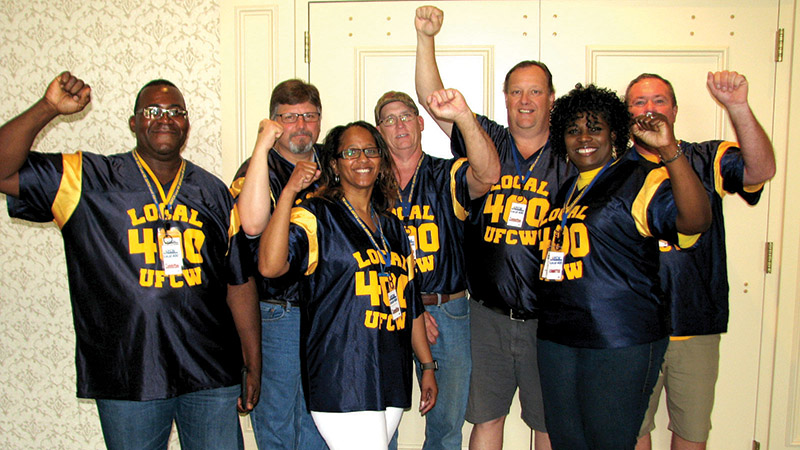 Workers at the plant voted to unionize for the first time last August. They had contacted the United Food and Commercial Workers union last year after becoming frustrated with being forced to work 12-hour shifts for as many as 13 days in a row with only one day off in between.

The new contract places limits on when management can require employees to work overtime. It also provides workers with four days a year to opt out of mandatory overtime, in addition to two weekends off each month in which they can’t be forced to work overtime.

“Now we have Saturdays and Sundays off when they’re scheduled off,” worker Philip Surace said after Monday’s meeting. “That’s a big deal to us.”

The new contract will also save workers with families almost $4,000 per year on their health insurance.

“That’s money in your pocket every month,” Surace said.

“They had no heart; they had no compassion for the employees,” worker Ricky L. Gregory Sr. said. He recounted being written up when he left work when his father died suddenly. The same happened to another worker whose sister died suddenly.

“Now we have policies and procedures, and they’re written in ink, not pencil,” Anderson said.

Worker Paul Garrison said he hopes workers in other locations will take notice and look into forming a union at their workplaces.

“There’s workers all over that can benefit from what we’ve done here,” he said.

“It’s important to let people know they do have a voice,” Anderson added.

The vote was 109-6 in favor of ratifying the contract. It covers 240 employees at the facility, which produces nearly all of the Lipton Tea sold in North America. The company is owned by Unilever.

Monday’s mass meeting took place at the Hilton Garden Inn Suffolk Riverfront. Employees were briefed on the terms of the contract and got to ask questions, after which votes were made by secret ballot. Negotiations on the contract took place from October through July 10.