The U.S. Marshals are seeking a Suffolk man who has warrants in three jurisdictions and may be hiding out in North Carolina, according to a press release. 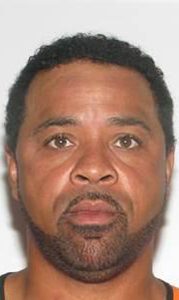 Douglas Lamont Copeland, 43, of the 1000 block of Copeland Road, has outstanding warrants in Suffolk, Chesapeake and Portsmouth, according to the release issued Monday morning by Deputy U.S. Marshal Chris Leuer.

Copeland may be hiding in the Zebulon, N.C., area, where he has strong ties, Leuer stated. He is known to do tree-cutting, landscaping and construction-type work. He has been on the run for a year and may be using an alias.

A reward of up to $500 is being offered for information leading to his arrest.