Suffolk police arrested a Portsmouth man early Tuesday and charged him with four charges related to thefts from vehicles. 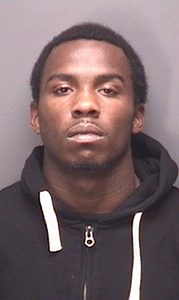 A concerned citizen called Emergency Communications about 3:22 a.m., saying they had seen three individuals tampering with a neighbor’s vehicle in the 2100 block of Redgate Drive, in the Graystone Reserves neighborhood, according to a city press release.

Following their preliminary investigation, Khalia Mohammed David, 22, was charged with grand larceny, two counts of tampering with a motor vehicle, and possession of burglary tools.

The investigation remains ongoing, and additional charges may be placed and arrests made, the press release stated.

A portion of downtown Suffolk lost power on Tuesday afternoon due to a downed live power line and a separate... read more