A Windsor woman was arrested Wednesday evening after she got in a crash in the 100 block of East Constance Road. 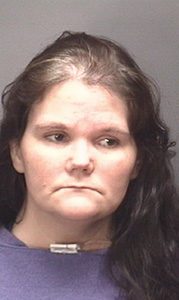 Deborah Jeanine Theriault, 42, was arrested on charges of driving under the influence of alcohol and cruelty and injuries to children, according to a city press release. Her 5-year-old daughter was in the car, according to the press release and a police report.

Police responded shortly after 6 p.m. to calls about a Chevrolet Equinox driving erratically and at high rates of speed in the 5400 block of Pruden Boulevard and on Wilroy Road, according to the release. The vehicle was then seen turning onto East Constance road, where it collided with an older-model pickup truck, causing minor damage.

The girl was not injured and was released to the custody of a family member, according to the release.

The investigation is ongoing.

Two companies with Suffolk locations recently received a boon from the Port of Virginia for continued service and growth in... read more