Suffolk police have arrested a 25-year-old man in connection with an assault last week. 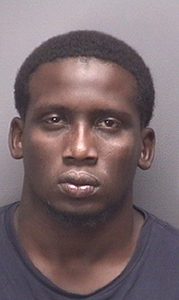 Cary Tyrone McLaurin Jr., of Suffolk, has been charged with abduction, attempted rape and aggravated sexual assault, according to a city press release.

An adult female reported she was assaulted about 10:30 p.m. Friday while she was walking in the area of Greenfield Crescent and Carolina Road, according to the release.

McLaurin was being held without bond at the Western Tidewater Regional Jail.

Drop off eclipse glasses at SNH

By Ella Bronaugh Intern The Great American Eclipse has come and gone, leaving many Americans with leftover eclipse glasses. But... read more