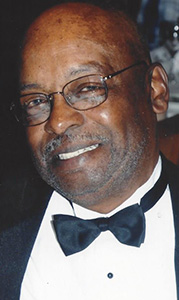 Rammie Ellington Graves answered the Master’s call and transformed from labor to reward on Friday, Aug. 25, 2017, in Wakefield.

He was a native of Isle of Wight County. The youngest of seven children, he was born on Oct. 9, 1943, to Neavy Graves Sr. and Ruth Mason Graves.

As a child, he attended Pleasant Grove Congregational Christian Church in Sussex County. It was there he found Christ. Years later he moved his membership to Union Hill Congregational Christian Church (now Union Hill United Church of Christ). He was a faithful member of his church where he served as a member and president of the Ushers Ministry. He was ordained as a deacon in 1978 and became the assistant chairman of the Deacon’s Ministry. He was superintendent of the Sunday School and president of the Western Sunday School Union.

He was united in marriage to Elna Virginia Diggs. To this union three children were born: Terrence LaMarr, Eric LeVille and Ellington Tyrone.

He worked for Verizon Phone Company, where he retired after 33 years. After this retirement, he worked as a communications engineer. He retired from this position after six years.

He was preceded in death by his parents, Neavy Graves Sr. and Ruth Mason Graves; two sisters, Otheen Ballard and Bernice Tate; and his brother, Neavy Graves Jr.

A celebration of life will be held at 2:30 p.m. Wednesday, Aug. 30, 2017, at Union Hill United Church of Christ, 16192 Union Hill Road, Sedley, VA 23878. Pastor Roy A. Stokes will deliver the eulogy. He will be laid to rest in the Church Cemetery. Professional services with dignity have been entrusted to Crocker Funeral Home Inc.