The Charlottesville Police Department has charged two men with an assault on a Suffolk native during a rally of white supremacists and their clash with counterprotesters in the Virginia college town on Aug. 12. 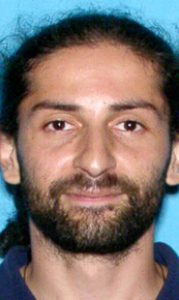 Deandre Harris, a Lakeland High School graduate who now lives in Charlottesville, wrote in a post on a GoFundMe page online that he was chased and beat with metal poles in a parking garage. He was diagnosed with a concussion and broken arm and received eight staples in his head, he wrote. He also has a chipped tooth and many abrasions and lacerations.

The Charlottesville Police Department has charged Alex Michael Ramos, 33, whose last known address is in Marietta, Ga., with malicious wounding, according to a wanted poster.

The police department has also charged Daniel Patrick Borden, 18, with malicious wounding. He was arrested on Friday and is in the custody of the Hamilton County Criminal Justice Center in Cincinnati, Ohio, according to a news release from the Charlottesville Police Department.

The Port of Virginia on Monday welcomed the latest of several record-breaking ships that have called this summer. The CMA... read more