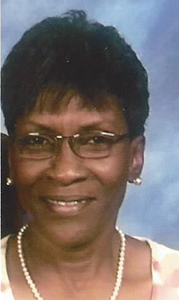 On Aug. 27, 2017, Gloria Ann Eason received her crown of peace and her invitation to join the heavenly angels because her work on Earth was done. Gloria was a graduate of Norfolk State University, and an employee at Norshipco until retirement. Gloria was a faithful member of Canaan Baptist Church, where she served as an usher, Sunday School teacher, choir member and director. Gloria was preceded in death by her mother, Hilda Chatman, and great-granddaughter, Sare`Parker.

A funeral will be held at 11 a.m. Saturday, Sept. 2, 2017, at Canaan Baptist Church officiated by the Rev. Vernon Hairston. Interment will be in Canaan Church Cemetery. Professional services with dignity have been entrusted to Crocker Funeral Home Inc.