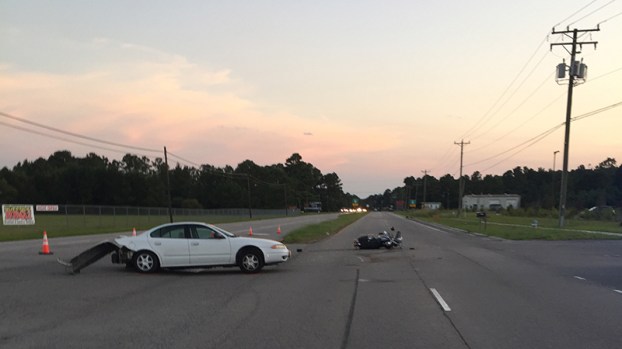 A motorcyclist was injured Sunday evening in this crash on Carolina Road.

A man died in a motorcycle crash on Sunday evening.

The crash happened about 6:23 p.m. in the 1100 block of Carolina Road, according to a city press release. It involved a four-door car and the motorcycle.

The man was taken by ground ambulance to a local hospital with serious injuries. He later succumbed to his injuries, according to the press release.

He was identified as Steven Louis Decker, 67, of Hayes.

The driver of the car was not injured.

Both directions of the road were closed immediately after the accident, following which a detour for southbound traffic down Turlington Road was established.

Jim and Mary Jane Metzger had a plan for their dream home. After Jim finished more than 30 years in... read more