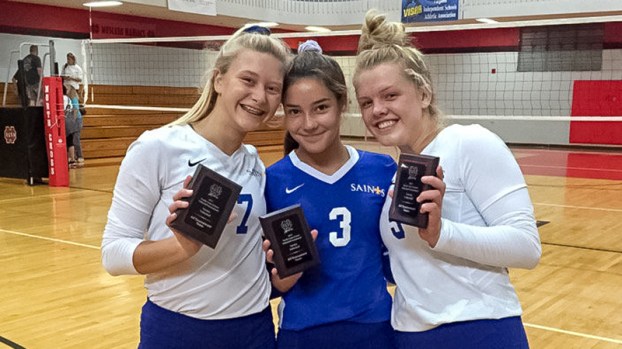 The Lady Saints participated in a tournament in which they ended up the runner-up after advancing to the championship game. They faced Timberlake Christian in the opening round and defeated them 2-0. They then went on to face Hampton Roads Academy in the semifinals and defeated them 2-1. NSA then faced off against Middleburg Academy in the championship game and took a 2-0 loss.

NSA was missing its top scorer on offense, so Lady Saints coach Robyn Ross adjusted the lineups and felt her team responded well. To this point in the season, Ross likes where her team is right now.

“They are progressing just as I thought they should,” Ross said. “We have some mental lapses sometimes, which is expected of a team so young. But they find a way to fight though that better than I thought they would.”

Livian Matthews, Rylee Bono and Ryan Horton all earned All-Tournament honors. Bono had a heavy load to carry last weekend, and Ross was impressed with the performance she had.

“I think it was the best I’ve seen Rylee play,” said Ross. “It was Ryan’s first time setting at the tournament, and she did well. Livian had some really great blocks throughout the tournament. He success at the net got her rightfully recognized.”

NSA will be in another tournament this weekend held at Flint Hill High School.