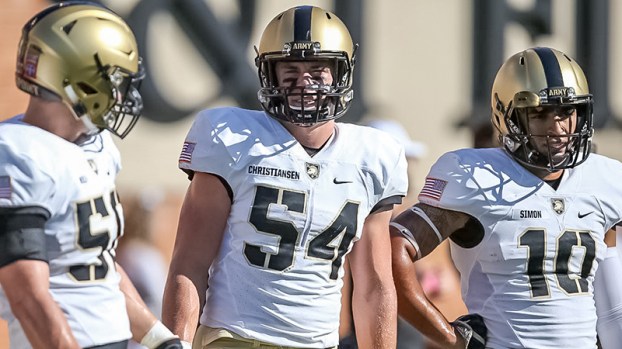 Cole Christiansen is currently No. 2 in tackles for Army. Christiansen starts at outside linebacker. Army photo

Noah Giles and Cole Christiansen have been doing good things at their respective colleges.

Giles and Christiansen are both former Nansemond-Suffolk Academy football standouts and have been making an impact at their institutions, the College of William & Mary and Army.

Last weekend, Giles earned his first college touchdown against Bucknell University. It came on a 15-yard run in the third quarter. He has 30 carries for 126 yards on the season.

Christiansen is currently second for Army West Point in total tackles. He has 17 at the moment. Last week against Ohio State University, he tied for the team lead with seven tackles that game. Before the first game of the season, Christiansen was named a starting outside linebacker for Amy.

All four Suffolk schools are back in action for week four, which includes homecoming weekend for King’s Fork High School.... read more