My rules: Let’s deal. Seven cards for me, three for you and jokers are wild. But only for me.

That’s how our General Assembly works now. State legislators get to draw their own district boundaries. And the boundaries are manipulated so incumbents have nearly unbeatable odds in favor of their own re-election.

The result is that the competitive electoral process has been shut down across our state. These elections aren’t an expression of the will of the majority. They’re a sham that tries to legitimize one-party rule. It’s bad for both Republicans and Democrats and more importantly, for all of us citizens. 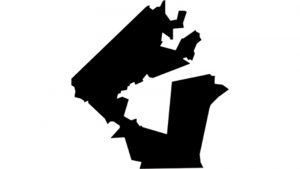 The 2015 election, for example, promised 100-percent job security. Of 122 incumbents running for re-election, all 122 kept their seats.

What could explain that particular configuration? Republicans, the party in power in the House, designed that, back in 2011, the last time redistricting occurred.

And Democrats, who held the majority in the state Senate then, drew Senate District 18, that also includes Suffolk.

Here’s a final, fun example, House District 22 in central Virginia. You can imagine the conversation among our lawmakers when they drew this up. “Tell you what!” one may have said. “Let’s draw an alpaca having two crooked conversations!”

It’s called gerrymandering, and it’s a process that dates back to the Founding Fathers.

But now, the conflict of interest in which our legislature draws its own district boundaries has been completely weaponized.

State lawmakers have carved up Virginia’s congressional districts in that same way. 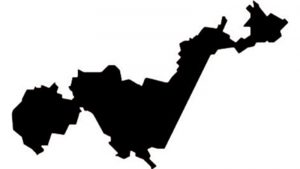 In statewide elections for governor or for U.S. president, Virginia can swing Democratic or Republican. But within our jiggered state legislative districts, bipartisan Virginia vanishes.

Two-thirds of the House of Delegates belongs to Republicans.

In the 2015 elections, only one of the two major parties bothered to field a candidate in 71 percent of House of Delegates districts. Only half of the State Senate districts saw a real race.

In gerrymandered Virginia, why run a futile campaign?

Don’t just turn away in disgust. There’s plenty of hope, but “hope is a verb with its sleeves rolled up.” Voters have some powerful tools at hand. You could consider signing OneVirginia2021’s petition, as 55,000 Virginians have already done. The group aims to establish an independent commission for redistricting. That’s not an impossible goal: Six states have handed redistricting authority over to independent commissions.

Fifteen local governments have also approved the resolution to do so, including Norfolk and Williamsburg, for example.

Finally, Virginia is electing every member of the House of Delegates in November. Your candidates in the Suffolk area are: Emily Brewer and Rebecca Colaw in District 64; Chris Jones in District 76; Cliff Hayes and Jeff Staples in District 77; and Matthew James in District 80. 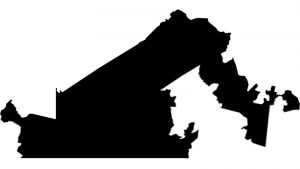 Call, write and email them now, whichever party they represent. Ask them why they’re not fighting hard to bring credibility back to our state elections and integrity back to the office they seek.

Get them to say they’ll fight a rotten system with strong legislation to control gerrymandering with an independent commission.

We love a good rescue story, and the one that came out of Lone Star Lakes Park this week was... read more