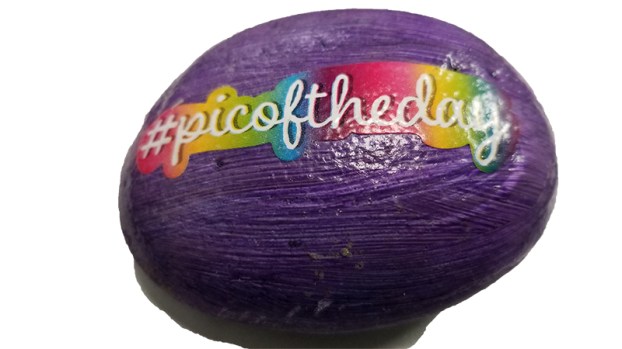 By Letters to the Editor

Thanks to Gwen, age 5, a purple rock hidden at a AAA Travel Center recently returned from a trip of a lifetime.

The rock was found in late August and placed in a purse with the intent of being hidden someplace else; but it is so pretty, it was difficult to part with it.  So it remained in the purse, which was taken on a 17-day European tour.

The rock visited its relatives at Stonehenge, caught some steam at a Roman bath and explored the glamorous rooms of Windsor Castle while Queen Elizabeth was away. It saw the Eiffel Tower, had Mass at Notre Dame, took a lunch cruise on the Seine and sat patiently during a Paris cooking class.

In Italy it enjoyed a gondola ride through the canals of Venice, got a glimpse of the Coliseum in Rome, had breakfast at the Vatican and checked out the Sistine Chapel.  What a glorious vacation!

But, alas, it yearned to return home to the good old U.S.A.

The rock is waiting for you, Gwen, at the Suffolk News-Herald office on Saratoga Street. It needs a rest!

Let’s talk to — not about — each other

By Dr. Thurman R. Hayes Jr. For many men and some ladies, the drama of a good professional sports contest... read more