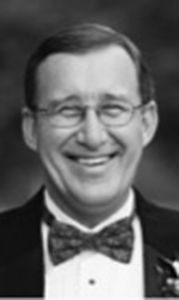 Kirk Allyn Babey died of a brain aneurysm at Legacy Emanuel Medical Center, Portland, Ore., on Sept. 27, 2017, at the age of 68 while on a visit from Williamsburg to his son Brian and his family.
Born in Potsdam, N.Y., in 1949, he was the son of the late Kenneth John Babey and the late Jean Mack Babey. He is survived by his wife of 42 years, Virginia Lemmon “Jinks” Babey, and their three children, Elizabeth Babey Minor (Brian), of Richmond, Brian Alexander Babey (Sarah), of Portland, Ore., and Meredith Babey Nystrom (Chris), of Richmond. He is also survived by his brother, Jeffrey John Babey (Karen), sister, Martha Sue Babey, and beloved aunt, Gail Mack, all of Rochester, N.Y., along with many much loved nieces, nephews and cousins. He was so very proud to be Pop-Pop to his five grandchildren, Maren Emily Minor, Parker Hopkins Nystrom, Jude Alexander Minor, Virginia Norfleet “Fleet” Nystrom and John Kirk Babey.
After attending Avon High School in Avon, N.Y., and The International School in Brussels, Belgium, Kirk graduated in 1971 from the University of Kentucky in Lexington, Ky., where his lifelong love of horseracing and Wildcat basketball began. He remained in the South for several years until meeting and marrying his wife, Virginia “Jinks” Lemmon, in 1975. They lived in Baltimore, Md., for 10 years and moved to Suffolk in 1985.
Kirk began his career in oil and lubricant sales at Suffolk Oil Company, working alongside Edward T. Lemmon Jr. (Ed), Edward T. Lemmon III (Ted) and Richard C. Lemmon. In 1992, he began working with the Keffer family at Crossroads Fuel Service in Chesapeake, where he enjoyed interacting with and serving his customers until retiring in 2016. After 28 years in Suffolk, he and wife Jinks moved in 2013 to Williamsburg, where Jinks continues to reside.
The passions of Kirk’s leisure time were fishing, golf, horseracing, all sports, yard work, his children, his grandchildren and a good nap! He was a wonderful loving husband, father, grandfather and friend. He was hardworking, industrious, dependable, loyal, disciplined and devoted to his family.
A memorial service will be held at 1 p.m. Saturday, Oct. 7, at West End Presbyterian Church, 9008 Quioccasin Road, Richmond, VA 23229. A memorial celebration will be held following the service at the Country Club of Virginia, Westhampton Clubhouse, 6031 St. Andrew’s Lane, Richmond, VA 23226. Private interment will be held in Hollywood Cemetery at a later date.
Donations may be made to the Emanuel Medical Center Foundation, P.O. Box 4484, Portland, OR 97208 or to the National Parks Conservation Association, 777 6th Street, NW, Suite 700, Washington, DC 20001.