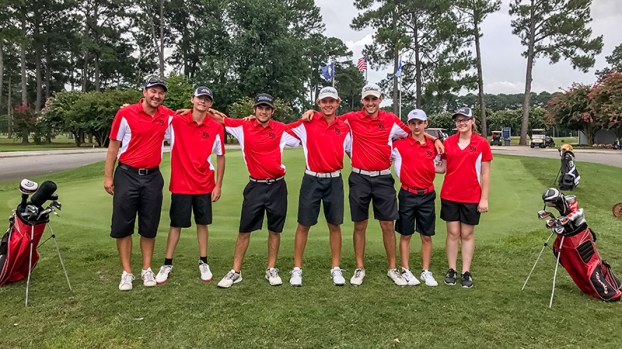 The Warriors’ golf season ended Tuesday evening after the team finished sixth at the 5A regionals.

Fifteen teams were competing at the 5A regional tournament at the Deer Run Cardinal Golf Course. Nansemond River shot a score of 365 on Monday but shot better the next day. Hickory High School took first place at regionals, but the Warriors finished in front of other Southeastern District opponents like Indian River High School.

The Warriors finished the season with a 7-5 record. Senior Jackson Lyons held an average score of 79.5 for the season, which was the lowest average in more than five years at Nansemond River. His lowest score this season was 75, which was a career low.

Nansemond River also continued its streak of being city champions by defeating both Suffolk rivals. Frye mentioned that he personally has had a joy coaching the team this year and watching the athletes grow.

“I told them at the beginning of the season I was excited about the group we had,” he said. “They are really good kids. I am proud of them and how hard they have worked. I am happy for them.”

Frye’s intent as a coach is not to make the athletes just better golfers but better people as well. So, watching his team get better on and off the course was more than fulfilling for him. This year, Frye only carried six golfers when normally he’d have to make a cut. He saw the team wanting to get better each week, and with the season ending Tuesday evening, he was happy with the effort the team gave.

A single-vehicle crash in the 1400 block of Holland Road claimed the life of the driver Tuesday afternoon. Police and... read more